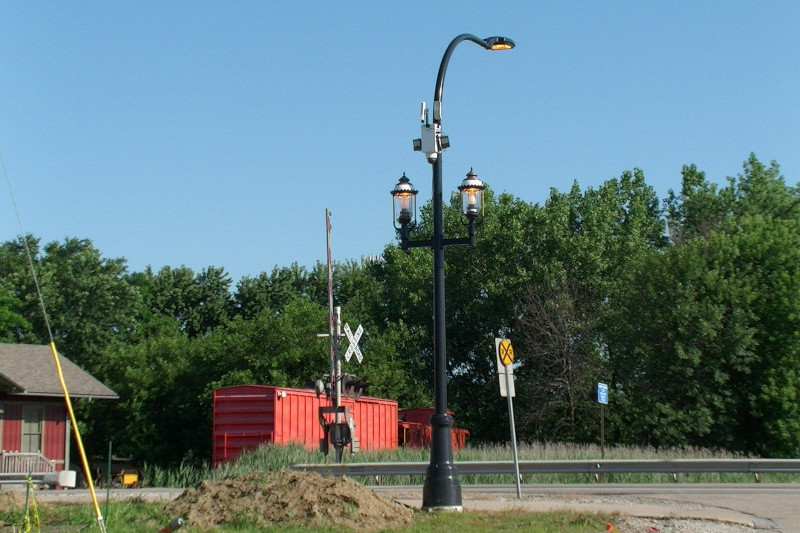 America’s railroads have been fending off criminals since the first transcontinental railroad opened over 150 years ago. The legendary train robberies of the Wild West may have long passed, but they left a strong legacy of theft and crime that’s ever evolving. Like utility substations, railways are targets for copper cable theft which causes great disruption to service and is costly to replace. Passenger trains, too, have experienced their share of increased assaults and violent incidents. Freight theft from rail yards, which has included guns and other items sought for illicit re-sale, is once again on the rise.

“Some cases presented to our office by Union Pacific have been filed, such as burglary and grand theft, while others have been declined due to insufficient evidence. We make charging decisions based on the evidence.”—Alex Bastian, Special Advisor to District Attorney Gascón, CNN Report 1/15/2022*

Recent news reports have focused on the extreme levels of vandalism and theft that’s been occurring at rail yards in Los Angeles County. Vandals are breaking into locked containers, looting through the cargo and then leaving hundreds of boxes and packages strewn along the tracks. The problem is so acute it’s reported that Union Pacific, one of the country’s largest railroad companies, may consider limiting their operations in Los Angeles County.

On one side of the issue, critics say these crimes are spiking because of changes in laws that reduce some offenses to misdemeanors which have little or no deterrence value. Law enforcement counters that argument by pointing out it requires solid evidence to successfully prosecute crimes at a higher level and they can only work with the evidence they have.

There’s no question that as a vital segment of our transportation sector, the rail system is receiving renewed attention directed at upgrading its security at local, state and federal levels. The vast network of railroad lines, stations and yards can take advantage of the benefits of MPS mobile surveillance products which are engineered to operate unattended in remote locations for weeks or months at a time. In addition to increased video surveillance to assist law enforcement, MPS products support on-site deterrents such as alarms and message warnings to discourage break-ins. Where a problem exists but conventional security measures aren’t practical or possible, MPS trailers, towers or mounted units can help get railway security back on track.