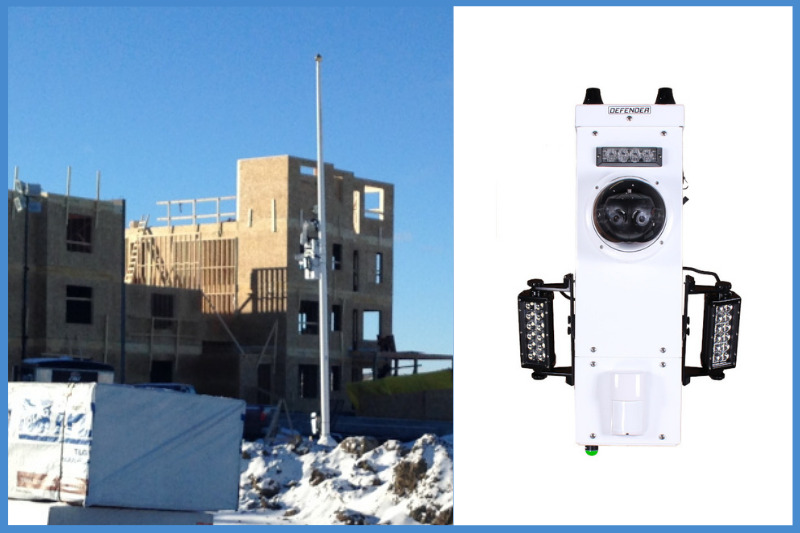 It doesn’t get much colder than parts of Canada this time of year. That alone should be enough to discourage criminals from preying on remote locations as they like to do–but it doesn’t. We know this because a few years ago, one of our Canadian customers requested a mounted outdoor surveillance system for a winter construction project. They chose a Power Sentry unit to mount on a tall pole at the site above building materials and equipment that were assembled for the job.

Things took an interesting turn later when, unfortunately, an intruder set fire to a nearby building which then burned to the ground resulting in millions of dollars in damage. Although no one could predict that incident, stored video footage from the Power Sentry was on hand and proved to be pivotal in identifying the suspect. Without it, law enforcement might not have been able to successfully arrest and prosecute the arsonist. It’s safe to say the Power Sentry paid for itself many times over and our customer was extremely grateful it was there.

We like to say the Power Sentry is “video when and where you need it,” because it’s rugged enough for even the most remote areas and more extreme climates. It can be installed nearly anywhere power is available with a battery power pack that keeps charged to ensure continuous operation during temporary outages. As a standalone system, it can be mounted on a pole or wall, connected to an available power source and be operating in minutes. Need it somewhere else? Disconnect the unit, remove it from the brackets and set it up at another location with the same ease.

To learn more about the Power Sentry surveillance system and its many features and options, call 651-434-2333 today.
All News