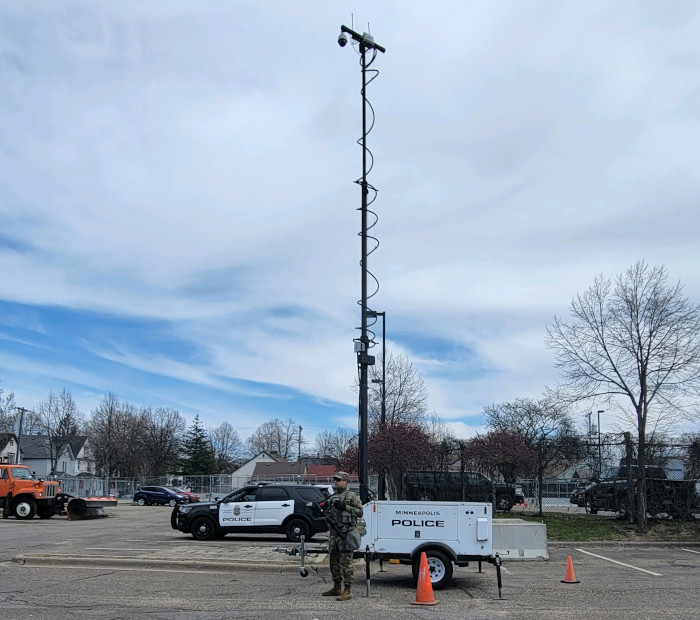 When tensions were rising on Minneapolis streets during last month’s high-profile Derek Chauvin trial, state and local law enforcement were implementing a strategy to keep the peace that was months in the making. Called Operation Safety Net, the mission was a coordinated cooperative response plan that included local and county agencies as well as the Minnesota Homeland Security and National Guard. Their directives were to preserve and protect lawful First Amendment non-violent protests and demonstrations and to prevent large scale violent civil disturbances that can result in damage to government buildings, buildings and critical infrastructure.

The Minneapolis 2nd Precinct utilized an MPS Commander 3400 surveillance trailer to monitor potential activity outside its building. The Brooklyn Center police department also set up MPS trailers at different times during the volatile week near the building and main entrance. The trailers provided 24/7 remote monitoring capability of the surrounding areas to assist agencies in making real-time command decisions aimed at assuring public and officer safety. The stored video recordings also create a historical archive of footage if it needs to be reviewed at a later date.