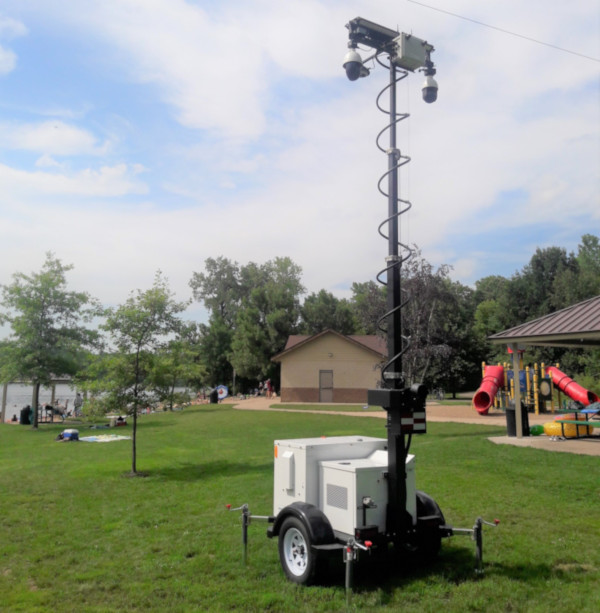 A park in Woodbury, Minnesota, kept the local PD busy this summer. Complaints were increasing and the agency found itself spending a significant amount of overtime attending to issues there. Through Mobile Pro Systems, the department was educated on the benefits of a mobile security trailer. In a collaborative effort with American Security of St. Paul, an arrangement was made for them to use a Falcon 3100 camera trailer as a one-week demo through the busy 4th of July week. Once they deployed the trailer, it didn’t take long for them to experience the benefits of having a Falcon 3100 on duty.

Just three hours after a brief training session and setting up the unit, officers received a 911 call about some youths harassing patrons at the beach. Patrolling another part of the city, they were able to remotely access the camera surveillance system, immediately view the area and identify the suspects by what they were wearing. Using the trailer’s two-way audio system, officers were able to safely talk down the situation. The suspects then left the scene, quickly ending an escalating conflict without requiring officers to visit the location and personally intervene.