The Metro Nashville PD (MNPD) recently released video from an MPS Power Sentry which captured a terrifying scene as an EF3 tornado tore through the city there on March 3, 2020. After it lost its electrical power source due to the storm, the Power Sentry was operating on battery power and kept recording. The video data was stored on an embedded SD card which remarkably survived the deluge of wind and water that pummeled the unit. 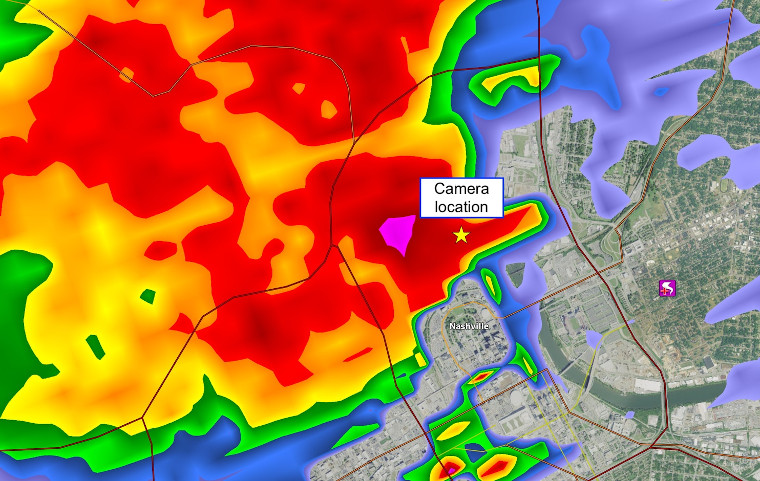 The story and video soon went viral and made headlines in many local and national news outlets. The Washington Post analyzed the video footage and paired it with radar data tracking the tornado’s path to pinpoint the location of the camera unit as the twister struck:

“The tornado strikes the camera nearly dead on, its core probably passing less than 300 feet to the north between 12:41 and 12:42 a.m.” (GR2 Analyst/Matthew Cappucci)*

Mobile Pro Systems has worked with the MNPD for several years to help them deploy a number of Power Sentries or ‘safety cameras’ around the city. To learn more about the Power Sentry and our other citywide mobile surveillance solutions, please call us at 952-324-5645.